Data Center is shabby but hot 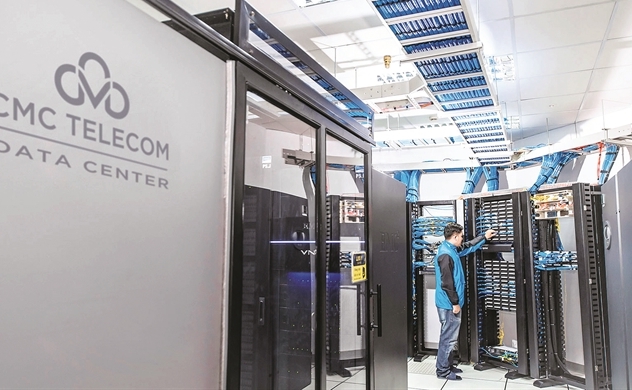 Data Center is becoming an alternative investment that is sought after by investors.

In the context of the wave of digital transformation being accelerated after the pandemic, data centers are becoming an attractive alternative investment type (Alternative Assets).

According to Troy Griffiths, Deputy General Director of Savills Vietnam, there are key drivers behind the escalation in data center demand around the world. Such is the need for computers and digital tools, driven by the large-scale shift to work from home (WFH) by many businesses and organizations.

Digital infrastructure has never been more important to the global economy than it is now. During the first outbreak, from February to mid-April 2020, global internet traffic increased by nearly 40%, fueled by growth in video streaming, online conferencing, and games. online and social networks.

Savills data in the first quarter of 2021 shows that the demand for digital services has increased significantly compared to the increase of the previous decade. In 2020 alone, 59% of the global population was connected to the internet, compared with only 26% in 2010. Global internet traffic also increased 12 times.

Currently, most technological devices are applied for management and monitoring purposes. According to Cisco Systems, by 2023, communication between electronic devices (Machine To Machine – M2M) will account for 50% of the 14.7 billion connections. In 2018, M2M accounted for 33% of the 6.1 billion global connections. New applications emerging from 5G deployments will play an important role in the growth of M2M connectivity over the next two years.

The amount of data collected is also increasing at an unprecedented rate with the continuous development of the internet of things (IoT), artificial intelligence (AI), augmented reality (AR) or blockchain. By 2026, the size of the global data market is expected to reach $251 billion with an average annual growth rate of 4.5%.

Cloud infrastructure plays an important role in enabling businesses and governments to quickly adopt solutions to respond to the pandemic. According to Snow Software’s global survey of 250 IT leaders last June, 82% of respondents said they have increased their use of the cloud to enable remote working, while 45% respondents plan to accelerate their cloud system capacity.

Usually, data centers have an unattractive appearance. These buildings are usually large, boxy, and unremarkable. But this is considered attractive real estate because it is so essential to today’s life, providing everything for people, from shopping online to working from home.

The return on data center is quite attractive and is considered a safe investment. In the US, the most liquid market, the underlying yield ranges from 4-12%. In Japan, yields from the main data center are in the range of 4-5%, in Europe between 5-7%, Singapore 6-7%, Malaysia 7-7.5% and China 8-12%. Notably, data center returns are much higher than traditional investments like offices. The return on office market in Shanghai is 5.5%, in Singapore it is 3%.

Southeast Asia is considered as one of the key regions driving global data center growth. Technavio estimates data centers in Southeast Asia will grow at a compound annual growth rate of 14% between 2019-2023.

Vietnam currently has about 27 data centers in big cities such as Hanoi, Ho Chi Minh City, Da Nang, Binh Duong, Can Tho… And there are nearly 30 Vietnamese enterprises providing data center services. and the cloud, such as Hanoi Telecom, FPT, CMC, Viettel IDC…

According to Mr. Hoang Nam Tien, Chairman of FPT Telecom, the world is undergoing a digital transformation, so the need to bring systems and applications to the cloud is increasing. Therefore, Vietnam needs large, high-standard data centers that ensure system safety, data safety, and the ability to compete with international competitors such as Microsoft, Google, and Amazon.

Of course, the pandemic will push this growth rate to new heights. “Southeast Asia sees markets at different stages of development and all with very different capacities, any set-up of the data center ecosystem will be uneven across the region. these countries. Assuming that cloud computing is a significant driver of data storage demand, the availability of this market has an impact on the growth of the data center segment,” said Troy Griffiths. identify.